Journey of a Tanning Ban Bill and the Role of the American Suntanning Association - A Wolf in Sheep's Clothing? 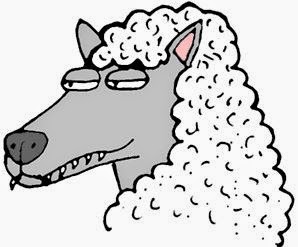 The Youth Skin Cancer Protection Act was introduced to the North Carolina House of Representatives in 2013.  The bill (HB18), similar to legislation across the country, would disallow persons under 18 to use tanning equipment if passed as a law.  Nearly every medical association supported passage of this bill.  Former tanning bed users who later developed skin cancer or melanoma spoke before the committees.  The Director of the Duke University Melanoma Center also spoke about the dangers of tanning equipment.  However, there was one very influential group that spoke against such a law…the American Suntanning Association.

When asked, Joe Levy who at the time represented the indoor tanning salon trade group called “Smart Tan Network, Inc.” stated that melanoma “does not have direct relationship with sunlight.  It is a complex relationship if at all.”  The ASA had also touted the supposed health benefits of UV rays such as vitamin D absorption, treatment for psoriasis, and treatment seasonal affective disorder.  Despite fact-based statements to the contrary by represented medical professionals, the legislators listened to the ASA with great interest.

There was also more political-based discussion.  Tanning supporters claimed that parental rights would be violated by this law.  “Every parent has a right to decide what’s best for their children…not the government!”  (Of course, let’s ignore the age restrictions on cigarettes, alcohol, voting, driving, pornography…all imposed by government regulation).

The bill passed by a House vote of 94 to 22, meaning that 22 bought into the ASA’s claims.  It was passed along to the Senate and subsequently entered committee purgatory within the Senate’s Committee on Rules and Operations.  This is the committee where bills go on hiatus waiting to be used as a bargaining chip to slide into controversial legislation or simply left to be forgotten.  Bill HB18 was introduced to this committee on March 21, 2013 and still sits there today as of May 30, 2014.  The American Suntanning Association may have lost the vote, but they seemed to have won the battle.

When I asked sponsors of the bill if they felt the battle had indeed been lost, they responded quite the opposite.  They stated that before the bill was introduced, they really didn’t know who would support or oppose the legislation.  Now that the initial debate had begun, the line had been more clearly established between supporters and detractors.  Even though the Senate had yet to discuss the bill, clear alliances existed between Senate and House members, so it was pretty easy to determine how a Senate vote might go.  With this knowledge, the sponsors now know who they need to convince to vote in favor of the bill.  This was fascinating insight into the political process, but I sadly felt that the bill had seen its last day…at least for a few years.

But then the American Suntanning Association made a surprise move.  They dropped their opposition!

This opened the door to start campaigning anew.  The election-year “short session” has begun and the bill sponsors and other organizations have been pushing hard to the Committee Chair (Sen. Tom Apodaca…someone who opposed the bill in favor of “parental rights”) to forward the bill onto the Senate floor.  Senator Apodaca has stated that the Senate’s focus is on the state’s budget and doubted that this bill would be forwarded on.  However, the ASA’s retraction and recent tanning bed regulatory changes by the FDA have shown that this bill should pass with minimal resistance.  Let’s hope this is the case.

The American Suntanning Association’s reversal from HB18 opposition begs one question.  “Why?”
Joe Levy, now Scientific Advisor to the ASA, has stated that they want to have “high-level discussion on the risks and benefits of any UV exposure and for heightened responsibility both in the tanning market and in those who oppose UV exposure.”  Translation: they want real debate about the dangers of tanning swept under the rug.

According to Levy, people under 18 years old account for about 2 percent of the total tanning business.  To continue to fight legislation which is sweeping the country would cost the tanning industry thousands if not millions of dollars, far more than they would most likely lose in lost business to teenagers.  But I think there’s another reason.

When HB18 was introduced last year, it was not the top headlining piece of legislation, but it received its fair share of news coverage.  Any debated topic means better ratings for news broadcasts.  As a result, there was increased debate over the air and in online forums.  Awareness of tanning danger, skin cancer and melanoma was on the rise.  The more these dangers were expressed, the more people over the age of 18 started to listen.  The more they listened, the more they reconsidered the safety of tanning salons.  These were the people on whom the tanning industry relied for their business.  If adults started to shun the tanning beds, the industry would be in serious trouble.  So they changed their strategy.

The ASA is now supporting legislation to ban minors from tanning.  According to Mr. Levy, the ASA has helped pass such legislation in 7 states thus far in 2014.  They hope that North Carolina will be the next.
Think about it.  Having no opposition to this bill means there will be no heated debate.  There will be no online forums.  There will be minimal media coverage at best.  It will have the much public interest and notice as a fictional bill to add additional brake lights to school buses.  It will simply…pass.

Passing this legislation is a good thing!  It is a very good thing!  The sponsors of this bill need to do exactly what they are doing and wave the ASA’s endorsement in the legislators’ faces in hope to get HB18 passed.  After that, some lives will be saved.  Skin cancer and melanoma rates will decrease.  There will be a positive impact on the cost of healthcare in that fewer dollars will be needed to fight these cancers.  But what will happen to the angelic and enlightened American Suntanning Association?

I predict the ANA will refocus their monies from fighting legislation to pushing the tanning industry on the over 18 crowd.  College towns will have an increase in tanning salons.  Specials on lotions and tanning sessions will be promoted on campus.  University girls will be reminded that having no tan before Spring Break is a fashion faux pas.  The wolf will shed its sheep’s clothing and the tanning industry will evoke a full frontal assault on the 20-somethings.  Sadly, many will buy into it all.

As I said, passing the Youth Skin Cancer Protection Act into law is important.  Middle school and high school students will be banned from tanning salons.  But this is not the end of the battle for those opposed to the tanning industry.  There is still need for parental responsibility.  Parents, schools and people like us need to explain to these kids why there is such a tanning ban.  We need to teach kids about sun safety and melanoma awareness.  We need to educate the children BEFORE the tanning industry gets their fangs into them after high school.
Posted by Al at 12:46 AM 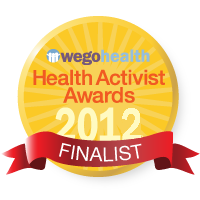 Black is the New Pink

Promote Your Page Too

Other Blogs and Personal Accounts

"Black is the New Pink" is a compilation of thoughts and links related to Melanoma Awareness and is not intended to serve as a medical advisor. If you seek such advise, please visit your doctor or dermatologist.